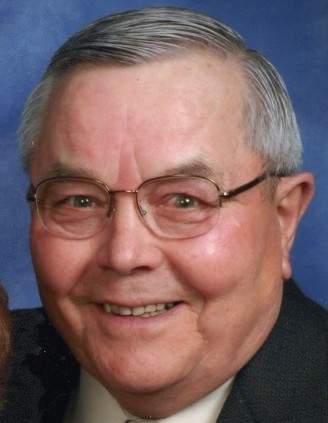 He was born October 6, 1940 in Chippewa Falls to Lilla (Coggins) and Milton Ewings Sr.  He grew up on the family farm in the town of Anson, where he lived most of his life.  He graduated from Chippewa Falls High School, class of 1958.

As a young man, Roger prayed to God for a good Christian woman…and his prayers were answered when he met Karen Woodford.  The two were united in marriage on August 15, 1964 and not a day went by that he didn’t tell her he loved her and that she was beautiful.

Roger farmed on the family farm, starting with dairy cattle, then beef cattle.  His grandchildren became interested in horses, so after his retirement, Roger filled the farm with horses that his grandkids could ride, care for and enjoy.

As a resident of Anson, he enjoyed being the “graderman” for the township. He was also a 40+ year member, and past president of the Jim Falls Lions Club, where he enjoyed organizing and working alongside his fellow lions on the many sanction tractor pulls. He was also a proud recipient of the Melvin Jones Fellowship Award.

Roger’s family was his life…he never missed one of his children’s or his grandchildren’s events.  It didn’t matter if it was just ball practice, Roger would be there to cheer them on.  And if he wasn’t at one of his family’s events, he was cheering on the Packers!

Roger was an avid outdoorsman. He enjoyed working the land on his red tractor (had to be red);   enjoyed fishing of all kinds; loved hunting, especially in Wyoming; and has spent many wonderful summers camping at the Bear Paw Campground in Birchwood.

He was preceded in death by his parents; and a brother Gary Ewings.

A funeral service will be held at 11 a.m., Tuesday, December 3 at Zion Lutheran Church, Chippewa Falls with the Rev. Tim Jones officiating.  Interment will follow at Copp Cemetery, town of Anson.

Visitation will be from 4-7 p.m., Monday at Pederson-Volker Funeral Chapel, Chippewa Falls and one hour prior to the service Tuesday at the church.

Please share your memories and condolences online at pedersonvolker.com

To order memorial trees or send flowers to the family in memory of Roger Ewings Sr., please visit our flower store.