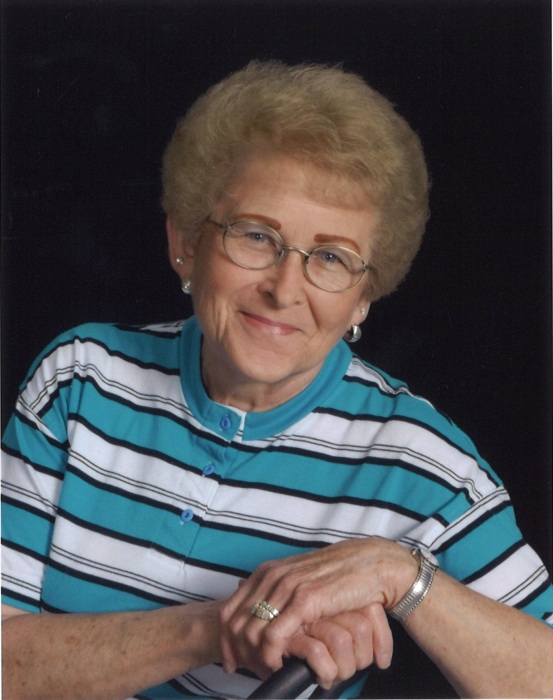 She was born April 6, 1938 in Thorp to Lottie (Malecki) and Michael Lukasiewicz. She graduated from Thorp High School, class of 1956. On September 6, 1958, Rosie married Herman A. Skalecki. The couple resided in Chicago until their first child was born, then they moved to Chippewa Falls to be near family. Rosie worked as a heath care technician at the Northern Center in Chippewa Falls, retiring after 32 years. Following her retirement, she went back to work part time at the Northern Center.

Rosie loved gardening and was an avid Packers fan. She loved to gloat to her relatives in Minnesota whenever the Packers beat the Vikings.

She was preceded in death by her parents; her husband, Herman on September 8, 2015; a sister, Florence Lukasiewicz; three brothers, Walter, Theodore “Teddy”, and Kenneth Lukasiewicz; a brother-in-law, Leon Skalecki; and sister-in-law, Marge Skalecki.

The Funeral Service will be held at 1 p.m. on Saturday, October 2, 2021, at Pederson-Volker Funeral Chapel, 44 E. Columbia St., Chippewa Falls, with a visitation one hour prior to the service at the chapel. Fr. Brandon Guenther will be officiating. Entombment will be at the Chapel of Hope Mausoleum, Chippewa Falls.

To order memorial trees or send flowers to the family in memory of Rosemae "Rosie" Skalecki, please visit our flower store.