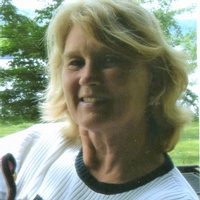 Rosemary Dreger, 68, of Chippewa Falls, passed away on Monday, July 2, 2018 at her home in the loving hands of her husband while under the care of St. Joseph’s Hospice.

She was born July 3, 1949 in Elgin, IL to Mary Louise (Harper) and Richard Fink. She grew up in the Elgin area, where she also graduated from high school.

On June 7, 1968, she married Richard Dreger. They resided in Milwaukee for many years before purchasing their first motel in Woodruff, Wisconsin. They then moved to Iowa and purchased motels in Clear Lake and later in Dyersville. In 2000, they moved to Chippewa Falls to be near two of their sons. Rosemary then worked at Bank Mutual in Chippewa Falls until her retirement. Rosemary and Richard recently celebrated 50 wonderful years of marriage!

Rosemary was very active and she and Richard enjoyed dancing of all kinds, biking, cross country skiing, camping and shopping…well, Rosemary did at least. Her most cherished moments were spent with her family.

She was preceded in death by her parents; a brother, Gary Fink; two sisters-in-law, Deanne Fink and Sharon Fink; a niece, Brandica Fink; and a great-grandson, Henry Cooley.

A memorial service will be held at 11 a.m., Tuesday, July 10 at Holy Ghost Catholic Church in Chippewa Falls with Fr. Justin Kizewski officiating.

Visitation will be held one hour prior to the service Tuesday at the church.