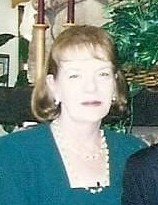 Sandra A. Piech, 73, of Marshfield, formerly of Chippewa Falls, took her Savior’s hand and joined her Lord on May 24, 2020, at the Marshfield Medical Center, in Marshfield WI.

Sandy was born on March 29, 1947 in Ladysmith to Burgess M. and Doris (Starkey) Herrick. She graduated from Chi-Hi in 1965. Sandy attended beauty school and began her career as a Beautician while residing in Milwaukee. In 1966, she met the love of her life, John M. Piech. They were united in marriage on June 15, 1968 at Trinity Methodist church by Reverend Thomas.

The couple later moved to Caledonia where she studied Medical Transcription. John & Sandy adopted their son, Jason in March of 1977. John’s career moved the family to Chippewa Falls in 1990. Sandy’s greatest Joy was being a dedicated wife and mother. She also worked at Med Rehab for 4 years. Sandy sustained a stroke and later developed ovarian cancer, which she courageously overcame. In 2018, Sandy & John moved to Marshfield to be close to their son and daughter-in-law.

She was preceded in death by her parents; brother, Rick (Kim) Herrick and her grandson’s, (miscarriage) Brandon & Justin.

Sandy enjoyed creating beautiful cross-stich pictures and other home décor items. She enjoyed spending time in her sewing room, crocheting and doting on their dog, Lucky. Sandy was a life-long Packer fan and enjoyed watching their games with John and Lucky.

The family would like to thank everyone for their condolences, thoughts and prayers during this difficult time.

To order memorial trees or send flowers to the family in memory of Sandra Piech, please visit our flower store.