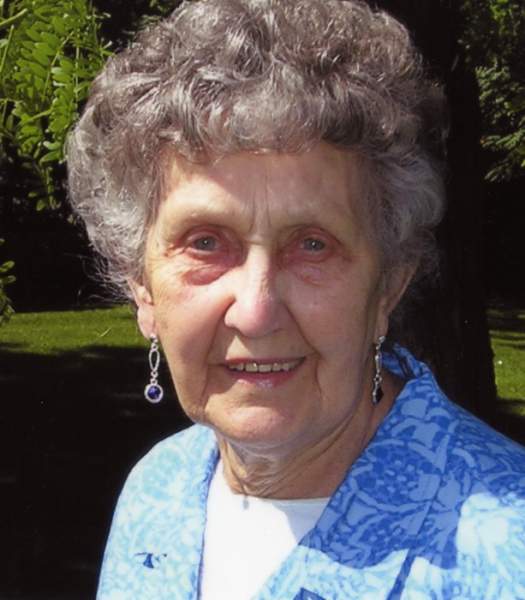 She was born June 29, 1925 to Fred and Lettie (Brookman) Prell on the family farm in Clifton, Wisconsin.

Shirley moved to Rockford, Illinois where she met her husband Val Gene Coxey at a roller skating rink.  They would do a fancy two step, polka and waltz while roller skating.

They were married July 3, 1940 in Iron County, Wisconsin.  To this union, four children were born.  Shirley was a true homemaker.  She enjoyed cooking, baking, sewing and keeping an immaculate, clean home.   After their marriage they resided and farmed in the Hurley area.  Shirley was a very hard worker, helping her husband in the woods peeling pulp and collecting pine boughs to supply the area greenhouses.  After the death of her husband she sold the farm so she could move to Kennewick, Washington to be near her children.  While in Kennewick she worked at the Kennewick Senor Center.  She was given a Presidential award for working there for over ten years.

Shirley was a kind and thoughtful lady.  She never spoke an unkind word about anyone, yet she was direct with “what was right and what was wrong” providing this directive to her sister and caregivers even during her last years.

She was preceded in death by her parents; her husband, Gene; son, Jerry; brothers, Russell, Clifford, Kenneth and Darrell; her sister, Rosalee Nelson; a brother-in-law, Norman Fox; and son-in-law, Gary McCourt.

Shirley requested that no formal memorial services be held.  She will be interred beside her husband Val Gene at the Hurley City Cemetery in Hurley.

In Shirley’s memory share a hug with family and friends.  She requests no memorials please.  The family wishes to thank Wissota Health for the excellent care she was given while residing there.

To order memorial trees or send flowers to the family in memory of Shirley Coxey, please visit our flower store.