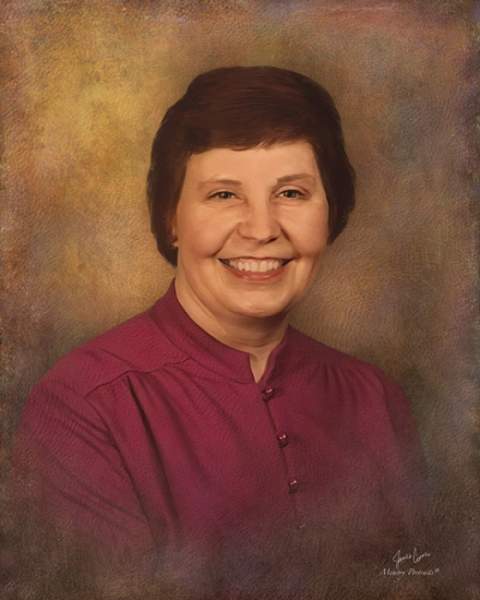 Shirley J. Pressler, 84, of Eau Claire, passed away peacefully on Tuesday afternoon, June 15th, 2021 at Our House Memory Care surrounded by her family and under the care of Moments Hospice.

Shirley was born on December 10, 1936 in Whitestown Township in Vernon County Wisconsin to Ferol and McKinley Budde.  She graduated from Ontario High School in 1954 and later graduated with a BA degree in education from Stout State University now known as UW Stout in Menomonie Wisconsin. Shirley was united in marriage to David Ross Pressler on June 6, 1959 in Hillsboro.

She was exceptional at her seamstress and dressmaking skills of which numerous brides were outfitted with some amazing and detailed wedding gowns. Shirley was well known for her yeast bread baking and candy making especially at the holidays and would often make her favorite peanut brittle which would be packaged for the annual church Christmas Programs and handed out for all who attended. Although her main teaching degree was in Home Economics, she found herself involved in work related to serving others. Teacher, housewife, church choir member, early childhood Sunday School educator and leader. Shirley’s fondest work and memories will always be her career with then Midelfort Clinic (now Mayo Health) as an Internal Medicine Dept. receptionist and mailroom clerk from which she retired in the fall of 1998. Shirley will be greatly missed by all of her children and their families, but she is now reunited with her husband David whom she was married 54 years.

She was preceded in death by her husband, David; parents; a sister, Virginia Cooper; granddaughter, and great-granddaughter Kjerstie Pressler and Olivia Rose, who died in infancy.

A graveside burial and service will be held at 11:00 A.M. on Monday, June 21st at Rest Haven Garden Cemetery in the Town of Washington with the Rev. Cheri Miskimen officiating. A reception with a time of reflection and sharing will follow at Kathleen’s house, 111th St & 112th Street, Lake Hallie, WI.

The family would like to thank all of those individuals who were involved in her care these last several years of her life especially the staff at Milestone Assisted Living and Our House Memory Care. We would like to acknowledge the exceptional care and attention that Shirley received from the entire Moments Hospice staff.

To order memorial trees or send flowers to the family in memory of Shirley Pressler, please visit our flower store.