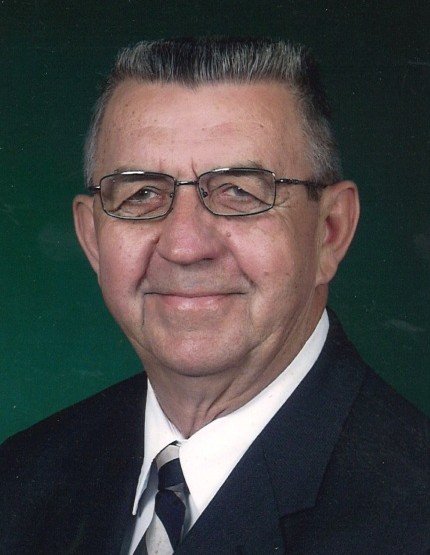 Sylvan “Gene” Prell, 82, of Chippewa Falls, WI and formerly of Tomah, passed away on October 24, 2020 from complications of advanced Parkinson’s Disease.

Gene was born on January 2, 1938 to Fred and Lettie Prell in Clifton, WI. He was a 1955 Kendall High School graduate and served in the U.S. Navy for two years where he was stationed in Newfoundland. He graduated from UW Stout with a degree in industrial technology. After college, he served in the Peace Corps from 1963 to 1965 in Brazil. This was a particularly meaningful experience in his life due to the rewarding work of helping villages set up their infrastructure.  In addition, he cherished the strong friendships of his cohort which still last to this day. Upon returning from the Peace Corps, he obtained a master’s degree in guidance and counseling at UW-Stout in 1966 and his Ed.S degree from the University of Missouri in 1969.

His career was defined as the CEO of Handishop Industries in Tomah, WI.  Gene developed the agency from an idea in 1972 to a multimillion-dollar non-profit organization that served the needs of persons with severe disabilities.  He retired from there in 2001.

His family was the highest priority.  He was married 53 years to his wonderful wife, Rose. They enjoyed many travels and accomplished much together.  They put their work into raising a family and he was unendingly proud of his three boys and their families - doing whatever he could to support them.

Gene was driven to serve people in both his personal and professional life; he helped family, friends, neighbors, and strangers whenever he found the opportunity. In addition, his faith and the church were important throughout his life. He was a determined and hard worker who enjoyed quality conversation, a beer, and a good laugh. Gene really enjoyed traveling, gardening, woodworking, and spending time with grandchildren.  He loved frequenting garage sales, finding a great bargain, and believed everything could be fixed.  He took simple pleasure in, as he would say, "putzing" around the house and garage.

Gene was preceded in death by his parents, four brothers and two sisters.

A visitation will be held on Saturday, November 7 from 1 to 3 p.m. at Pederson-Volker Funeral Chapel, Chippewa Falls with a small, limited funeral taking place at 3 p.m. with Rev. Karen Behling officiating. Because of COVID, please check with the Pederson-Volker website for any last minute changes. The funeral service will be available for livestreaming on the funeral home website at https://www.pedersonvolker.com/obituary/SylvanGene-Prell

Memorials will be given to several causes and organizations that were important to Gene during his amazing life.

To order memorial trees or send flowers to the family in memory of Sylvan "Gene" Prell, please visit our flower store.