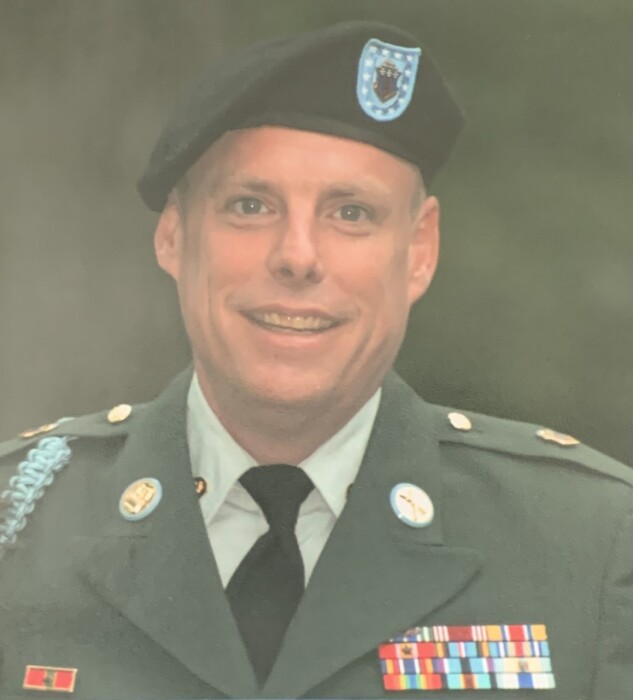 A Celebration of Life will be held from 10:30 to 12 p.m. on Monday, September 6, 2021, at the Roger Meier Shelter in Irvine Park, Chippewa Falls. A lunch and fellowship will follow until 2 p.m.

On Tuesday, September 7, 2021, at 10 a.m. there will be Military Honors conducted by the Chippewa Falls Patriotic Council at the Peck family plot in Prairie View Cemetery, Village of Lake Hallie.

Terry was born on August 18, 1969, to Micheal and Judy Bowlsby. His 20-year career in the armed services included service to the Air Force, Army, and the Reserves, with active duty in support of Operation Iraqi Freedom and medals for Global War on Terrorism Service, Humanitarian Service, and Iraq Medal with Campaign Star, among other honors. In 2008, Terry met his future wife, Jaimee Christorf, and the two were married on July 10, 2008, at Irvine Park in Chippewa Wisconsin.

To order memorial trees or send flowers to the family in memory of Terrance Bowlsby, please visit our flower store.