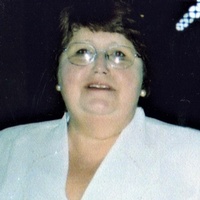 Theresa M. “Tess” “Terri” Stoll, 67, passed away on Sunday, May 27, 2018 at the Chippewa Manor in Chippewa Falls, while under the care of Mayo Clinic Hospice.

Theresa worked in Eau Claire at Memorex for a number of years and subsequently moved to Milwaukee where she worked for 30 plus years at Johnson Cookie Factory, now Masterson Company. She traveled extensively throughout her life with her close friends Rosemary Hare and Jim Uhren. Special thanks to Rosemary and Jim for being there for her throughout her life as very special friends.

She married Domingo Rivera on November 10, 2009, and is survived by her stepson, Lucas Rivera; 11 siblings and one adopted sister, Timothy (Mary) Stoll of South Korea, Christine “Tina” (Everett) Miles and Suzanne Stoll, all of Eau Claire, Fred C. Stoll of Merrill, Mary (Randy) Ackley and Terry (Kim) Stoll, all of Chippewa Falls, Kathleen Stoll of Jessup, Maryland, Paul (Shari) Stoll and Greg (Kelly) Stoll, all of Bloomer, Francine (Larry) Clouse and Amy Stoll, all of Bridgeport, West Virginia, and Maria (Corbin) Metzgar of Chippewa Falls; an aunt, Sister Mary Damian Powers of Wheeling, IL; and many loving nieces, nephews, great-nieces and great-nephews. A special thank you to Lorenzo Cataldo for watching out for our sister also.

She was preceded in death by her parents; grandparents; and her husband.

A memorial service will be held at 11 a.m., Monday, June 4, 2018 at Pederson-Volker Funeral Chapel, Chippewa Falls with the Rev. Robert Hoekstra, officiating.

Visitation will be from 9:30 a.m. until the time of service Monday at the funeral chapel.