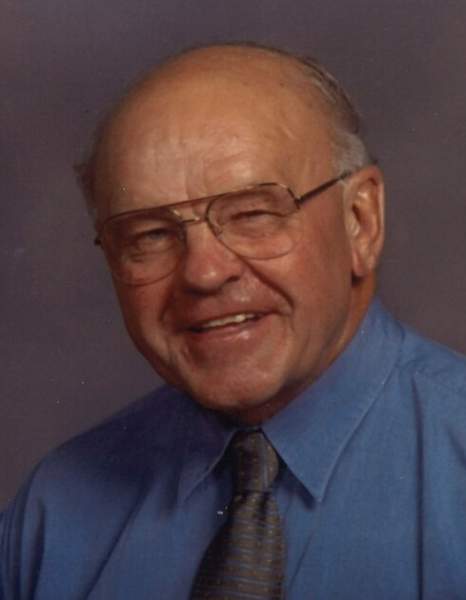 Dell Woodruff passed away peacefully at his home on May 30, 2021,  as the result of a rare and fast-growing cancer, with his wife and daughters at his side.

Memorial Service will be held 11:00 am, Saturday, June 5 at Trinity United Methodist Church of Chippewa Falls with Rev. Terri Koca officiating. Visitation will be Saturday 9:00 am – 11:00 am at the church. Burial will be in the Forest Hill Cemetery. Livestreaming of the funeral will be on the Pederson Volker Website.

On August 9, 1958, he married the love of his life, Shirley Jean Rosenbrook.

Dell took great pride in being a part of the Woodruff Farms partnership with his father and two brothers. Although he enjoyed dairying, he received great satisfaction from marketing and delivering corn to many area farmers and feed mill customers.

In his “retirement” years he continued to plant crops and combine corn for his nephews. Dell was a member of Trinity Methodist Church where he served on various church boards and committees. He was initiated into Wisconsin Master Farmers in 2000. He served on the ASCS Board, Land O Lakes Patron Board, and for 25 years on The Wisconsin Corn Promotion Board.

Dell was a passionate and accomplished downhill skier and enjoyed many ski trips to the mountains with Shirley and their family, as well as his “men’s trips”. In their retirement years, Shirley and Dell enjoyed spending winters in Sun City, Arizona.

In lieu of flowers, memorials can be given to Trinity United Methodist Church, Chippewa Falls, Wisconsin.

Please share your memories, watch the livestreaming and offer condolences online at pedersonvolker.com.

To order memorial trees or send flowers to the family in memory of Truman "Dell" Woodruff, please visit our flower store.