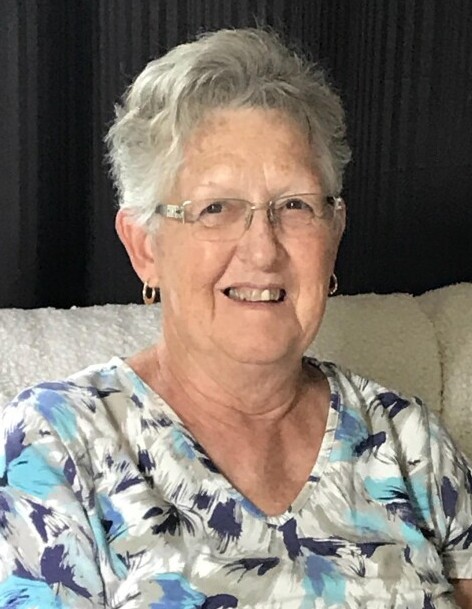 Virginia (Ginny) was born to Palmer & Nona (Schmudlach) Esse on September 4, 1948, in Madison, WI. She graduated from Fairchild High School with the class of 1966. Ginny married Jerry Ives on January 8, 1972. While her kids were young, Ginny ran a home daycare. Later she worked at Marsha Lee Sewing & Embroidering and then did office work at Kmart for 15 years.

Ginny enjoyed many years of camping with family and friends, fishing with Jerry and playing cards with friends after Friday night dinners.  She loved the outdoors, birdwatching, quilting, reading, dancing and going to Country Fest.  During the seven years after her and Jerry’s retirement, they travelled the country and saw many historic and scenic places. She was an active member and positive role model for the women of Big Elk Creek Lutheran Church (BEC), serving as leader of the Ladies Aide, member of BEC womens’ circle groups and the WELCA, was on the church council, and an avid member of the quilters.

Ginny was a pillar in the Albertville community & always thought of others. We were all blessed to have her in our lives, and she will forever leave a lasting imprint on the many hearts she touched.  Along with Jerry, she created a strong family with hearts full of feisty, fun & loving memories of the wonderful woman she was and will be greatly missed.

Ginny requested to say a special thank you to two people who gave Ginny more life and part of themselves: her sister, Linda, who gave her a kidney in June 1999 and her son, Chuck, who gave her a kidney in February 2009.  Also, thank you to the medical staff and clergy at Luther Mayo and Dove Wissota Health Care.  Thank you to Pastor Hal and all those in the community for the many prayers, cards, visits, calls, love and support throughout the past several months.

The funeral service will be at 11 a.m. on Monday, July 13, 2020, at the grave site at Big Elk Creek Lutheran Church, 6118 County Hwy M, Elk Mound, WI 54739, with a visitation beginning at 9:30. Rev. Hal A. Schroetter will be officiating.  With respect of the current situation, the family has asked for social distancing and that masks be worn.  It is suggested to bring a lawn chair to the graveside service for those who wish to sit.

I have fought the good fight.  I have finished the race. I have kept the faith. 2 Timothy 4:7

To order memorial trees or send flowers to the family in memory of Virginia Ives, please visit our flower store.