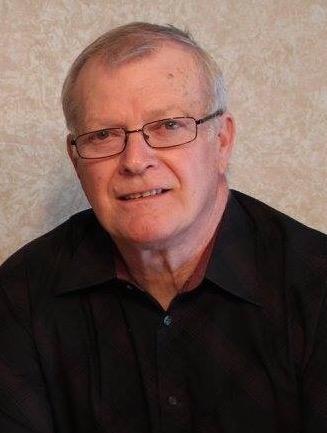 Wayne was born on October 15, 1940 to William and Pearl (Hage) Benson in Ashland, WI. He graduated from Drummond High School with the class of 1958. Wayne married Diane Rasch in Bessemer, MI on June 29, 1961. He graduated from UW-Superior with a Bachelor of Science in Secondary Education in 1962 and received a Master’s of Science in Education degree in 1972.  He excelled in athletics in both high school and college.

He started his professional career as a teacher and coach in the Greenwood School District in 1962, and served in the Chequamegon Conservation Corps in Clam Lake from 1965-68. Wayne returned to Greenwood Schools to continue teaching and coaching until he retired in 1999. “Benny” was deeply involved in all aspects of the school and community in Greenwood. He was a social studies teacher, guidance counselor, a multi-sport coach, and served as athletic director for 17 years. He received a number of awards and accolades over the years, including the WIAA District III Athletic Director of the Year in 1997, three-time Teacher of The Year, and was the first inductee to GHS’s Wall of Fame.

Besides education and sports, music was also important to Wayne. He participated in school musicals and performances in the community, and inspired and supported his children’s musical pursuits.

Following retirement, Wayne and Diane moved to the Chippewa Falls area to be closer to family, where he continued his commitment to children and community service through volunteering as a mentor in the Chippewa Area Mentor Program and at the Mayo Clinic Health System in Chippewa Falls.

Wayne dedicated his life to others, but family was always the most important.His family will remember him as a loving man with a great sense of humor and even greater heart.

“Benny” led by example and believed that words alone are not enough; teaching and parenting are like “show” business. He said, “To be effective, we must show confidence, show love, show values, show what life is like and always give more good than we get.”

A memorial service will be held at a later date.

To order memorial trees or send flowers to the family in memory of Wayne "Benny" Benson, please visit our flower store.