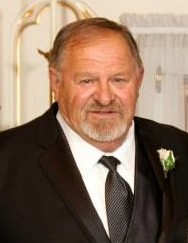 William J. “Willy” Cigan, 72, of Chippewa Falls, town of Lafayette, was called home to be with his heavenly father on Tuesday, July 23, 2019.

He was born October 16, 1946 in Chippewa County to Betty (Baumgartner) and Peter Cigan.  He attended Chippewa Falls Schools, and during his summers in high school, traveled to Great Falls, Montana to work on a ranch. He loved the freedom and the beauty of the mountains.

In 1977, he married Corinna Goriesky and they resided in Chippewa Falls, where he worked for Fehr Concrete for over 20 years.  He then started his own business, A-1 Tree Service, into which he poured his heart and soul. He befriended many customers and employees over the years, and could be found in good conversation.

Bill enjoyed traveling with family to see new country throughout the United States, ATV riding and wildlife viewing, deer hunting, fishing, downhill skiing, and just being outdoors amongst the quiet of nature.  He was a loving father who put his children before all else no matter what the cost; they will miss him dearly.  He will be remembered for being an honest, generous, hard-working, likeable, gentle, and lighthearted guy with a heart of gold.

He had a tender relationship with his grandchildren and visited and called them often.

He was preceded in death by his parents; a sister, Marie Yeager; brothers, George and Greg Cigan; and a nephew, Jason Denning.

A funeral service will be held at 11 a.m., Thursday, August 1 at Pederson-Volker Funeral Chapel, Chippewa Falls.

Visitation will be from 4-7 p.m., Wednesday and one hour prior to the service Thursday at the funeral chapel.

To order memorial trees or send flowers to the family in memory of William Cigan, please visit our flower store.