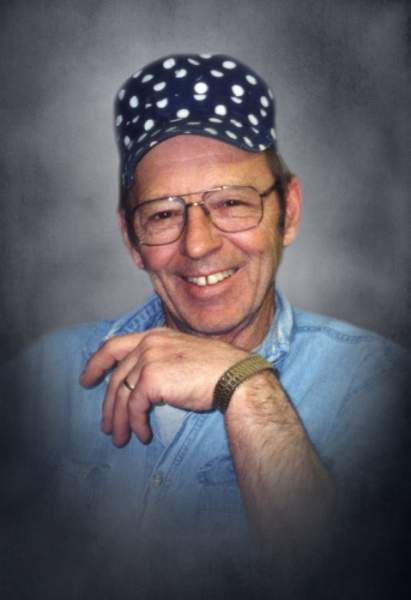 William R. Beaudette, 77, of Chippewa Falls, died peacefully at his home with family, right where he wanted to be.

Bill was born to Leonard and Dorothy (Lambert) Beaudette in Chippewa Falls on December 15, 1941. He graduated from Chippewa Falls High School with the class of 1959.

In August, 1960, Bill enlisted in the United States Navy after a night out with buddies at the Chippewa Fairgrounds.  He served as an electrician’s mate on the USS Colonial where he earned an E5 rank, the highest rank that can be achieved in four years of service, and became a Master Electrician later on as a civilian.

With his trademark polka-dot welding hat, which only came off for his two sons’ weddings, Bill worked for four decades at Uniroyal as an electrician, which later became Banbury Place, where he retired in 2004 as the Facility Superintendent.

In Bill and Bunny’s early married years, they enjoyed trips with friends to places such as Mexico and Florida, and a few trips to Packer games, go Pack!

In 1978, Bill and Bunny bought a cabin in Chetek, their second home, where they enjoyed hours of fishing, pulling the boys water skiing, and hosting family and friends all summer long.  Many fourth of July’s were celebrated there with the grandkids enjoying parades and fireworks.   In later years, they enjoyed trips to the Turtle Lake Casino on the weekends with great friends from Chetek.

Bill enjoyed fishing, deer hunting, and turkey hunting, where he became quite the turkey slayer.  He got a turkey every year he went!

Bill’s phrase was always, “let’s do it to it!” He was an energetic, hardworking, driven guy, who would help anyone at any time with anything. If something needed to get done, Bill got it done.  People were often heard saying, “If Bill can’t fix it, nobody can.”  He was always there for his family. When his sons built their homes, opinions could vary, but he had a huge helping heart for whatever they were doing.

Bill was proud of all five of his grandkids and their achievements and enjoyed watching many of their sports activities.  Bill was especially proud of his oldest grandson for serving in the United States Navy, following in his footsteps.  He never failed to ask about Bear and, no doubt, worry when he was overseas. The two sailors had their last visit, handshake, and goodbye last Christmas.

After retirement, as many friends and family know, you were always welcome to stop in, sit long, and enjoy a pot of coffee at the kitchen table. Bill was the dependable anchor to his family.  He is very loved, and will be truly missed.

The family would like to give a special thanks to the Mayo Clinic Home Health and Hospice for their care and guidance.

A funeral service will be held at 1 p.m. on Monday, February 11th at Pederson-Volker Funeral Chapel, 44 E. Columbia St., Chippewa Falls, with a visitation beginning at 10 a.m. until the time of the service at the chapel. Fr. Jesse Burish will be officiating. Interment will be in Calvary Cemetery, Chippewa Falls.

Family and friends are welcome after the service to come and share stories, laughs and tears at the Fill-Inn Station.

In lieu of flowers, memorials are preferred to the family for a memorial in Irvine Park.

To order memorial trees or send flowers to the family in memory of William "Bill" Beaudette, please visit our flower store.