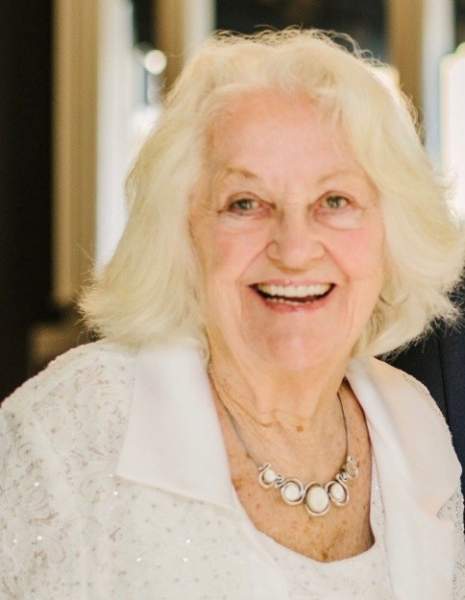 Yvonne Isabel Hebert passed away at home, surrounded by family on March 30, 2021.  She was born December 10, 1931, to Earle J. Meuli and Isabel (Dresel) Meuli in Chippewa Falls, WI.

She fell in love with Orie Ronald Nelson and in July of 1951 they ran off to Stillwater, MN to elope.  They welcomed five children together, Terry, Karla, Scott, Kriss, and Kurt.  They were married until Orie’s passing in 1973.  In 1974 she married Louis Paul Hebert Jr. and was married until his passing in 2015.

Yvonne was an avid businesswoman and loved to travel.  She took over the family business, the Chippewa Yellow Bus Company, from her father.  She, along with her family, grew the business to include commercial bussing, luxury chauffeured travel, excavating and trucking.  She was well known for her fabulous hosting and emceeing on bus trips to Florida, Branson, casinos, and area festivals.  She stayed involved in the business until well into her 80s.

She was preceded in death by her parents; her husbands; her sister, Judith; her brothers, Earle Jr., Gerald and Allen; and several in-laws.

A funeral service will be held at 3 p.m., Friday, April 2 at Pederson-Volker Funeral Chapel with Fr. Jesse Burish officiating.  Private Interment will be at Forest Hill Cemetery, Chippewa Falls.

Visitation will begin at 1 p.m., Friday at the funeral home.

To order memorial trees or send flowers to the family in memory of Yvonne Hebert, please visit our flower store.