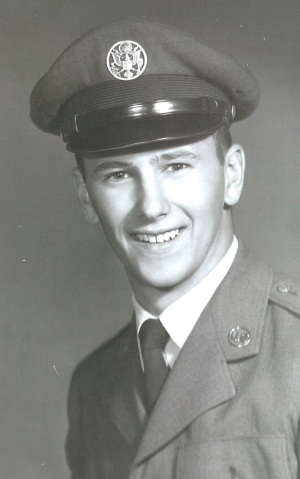 Jerry was born to Mark and Jennie (Dumanch) Perkovich in Glidden, WI, on September 15, 1936. He graduated from Glidden High School with the class of 1954. Jerry was united in marriage to Jean Nelson on July 29, 1961, at Plymouth Congregational Church in Minneapolis MN.

Upon graduation he joined the US Air Force and proudly served from 1954 – 1958 until his Honorable Discharge. He held the rank of Staff Sergeant with B-47 Stratojet Armaments and Electronics for Bomber Squadron 306. Jerry completed bootcamp in the Finger Lakes, electrical training in Colorado Springs. He was stationed at MacDill A.F. B. in Tampa, Fl and spent his last six months stationed in Spain.

Jerry attended Northwest Institute of T.V. and Electronics and earned degree; began his career at Control Data Corporation in Minneapolis, MN. He moved to Chippewa Falls when Seymour Cray started the CDC Chippewa lab. Jerry was hired at Cray Research in 1975; his career included international computer installations and international technical support until his retirement in 1998.

Jerry and Jean had a 40-acre hobby farm with horses, sheep and chickens. He loved horses, especially Arabians; watching the Kentucky Derby was an annual event for Jerry. He very much enjoyed attending horse pull competitions. Jerry also operated an apiary of 46 beehives; selling honey to Sue Bee Honey and sold honey by the gallon or half gallon to neighbors and friends.

Together with family and friends, Jerry enjoyed hunting and fishing. He Would sit and watch birds at the farm and his cabin; he kept a large number of birdfeeders. Jerry was famous for cooking on the spit for large parties and every Labor Day weekend at the hunting cabin in Glidden; his specialty was roast lamb but also venison, pork, beef and chicken.

Jerry was active in 4-H with his daughter, who showed horses, sheep, and dogs. He enjoyed teaching his children and grandchildren how to ride and take care of horses. Jerry was a first-generation American who was extremely proud of his Croatian heritage; traveling to Croatia several times and visited his mother’s home farm in Stajnica in 2007. He loved to travel the world and meet people; he was always full of life and laughter. Jerry was also a member of the B-47 Stratojet Association and attended several reunions with his children.

Jerry enjoyed get-togethers with family, neighbors, and friends, which usually included a good German-style beer, aber gute (peppermint schnapps and brandy) or Slivovitz. Family vacations were very important to Jerry. Individual trips with his wife and children, time spent at the cabin with his sons and, of course, a good road trip with Jean. He was an avid Green Bay Packers and Wisconsin Badger fan; he enjoyed watching his family’s sporting events, as well. Jerry had a passion for polka music, he was always the best dancer in the room, floating across the dance floor with Jean. He listened to classical music, classic country, and Nat King Cole. He was also an avid listener of Wisconsin Public Radio and watched different series or documentaries on Wisconsin Public Television. Jerry was always well-informed.

His family would like to thank the HSHS Sacred Heart team of doctors, nurses, social workers and CNAs for the exceptional care and compassion given to Sonny.

To send flowers to the family or plant a tree in memory of Gerald "Sonny" M. Perkovich, please visit our floral store.

A Memorial Tree was planted for Gerald "Sonny"

Join in honoring their life - plant a memorial tree


Video is available for this event