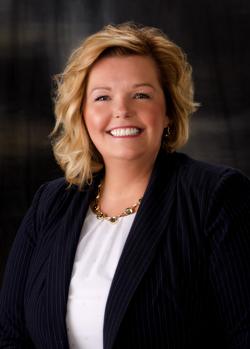 Stacy (Parker) Pickerign grew up in Eagan, Minnesota and is a graduate of Eagan High School. She attended the University of Minnesota, earning a B.S. degree in Mortuary Science.

She has been employed as a funeral director at Pederson-Volker Funeral Chapel & Cremation Services since June, 1999, and in January 2012 purchased the business.

Stacy has been an active member in the Chippewa Falls community. Her involvement includes being a charter member of the Chippewa County Grief Guidance Team, attending Chippewa Valley Bible Church, and volunteering and attending many community events.  She currently serves on the executive board as treasurer on the Chippewa Falls Police Department Alumni Association, and is on the board of directors for the Chippewa Area Chamber of Commerce.

She and her husband Kirt have two active teenage boys. As a family, they enjoy traveling and camping.

Stacy is proud to be a part of the hardworking, well respected and professional staff at Pederson-Volker. 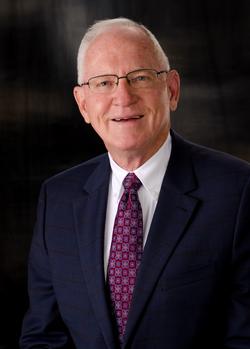 Bill was born and raised in Chippewa Falls and graduated from Chi-Hi in 1962. He attended Michigan Technological University in Houghton, MI for two years before transferring to Marquette University in Milwaukee. He received his Bachelor of Science degree from Marquette in 1968 and his Mortuary Science degree from Milwaukee Technical College in 1972. Bill served his apprenticeship at Schmidt and Bartelt Funeral Home in Milwaukee and continued working there for five years.

In 1973, Bill returned to his hometown to work with Arnie Pederson at Hogseth-Pederson Funeral Chapel. He purchased the funeral home from Mr. Pederson in 1978.

Bill has been actively involved in many community organizations and boards in Chippewa Falls: Lions Club, the YMCA, a founding member of the Community Foundation of Chippewa County, Friends of St. Joseph's Hospital, BID (Business Improvement District) Board, Elks Club, and the Masonic Lodge. 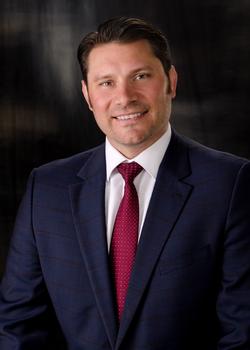 Luke grew up in Walhalla/Cavalier ND. He attended Jamestown College graduating with a degree in Health and Physical Education. He was a member of their wrestling team qualifying for the national tournament four times. He volunteered much of his free time with youth athletics and sports management at the YMCA in Jamestown, ND.

In 2003, Luke moved to Minneapolis and attended the Univ. of MN, graduating with a degree in Mortuary Science. In 2009, Luke and his wife, Dana moved to the Chippewa Valley. Together they have two sons, Riggins and Isaac, and reside in Lake Hallie.

Luke spends many nights and weekends coaching his two sons in their sporting activities, playing softball, boating, riding motorcycle. Most importantly, he cherishes his time with his family and friends. Luke, is a member of the Eagles Club in Lake Hallie. He and his family attend Central Lutheran Church. 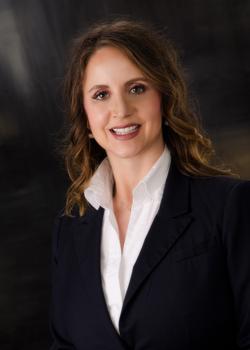 Dana grew up in Wittenberg, Wisconsin. In 1999, she moved to Minneapolis and attended the University of Minnesota, graduating with a degree in Mortuary Science. Dana worked in Minneapolis for 6 years before moving back to Wisconsin with her husband, Luke. Together they have two sons, Riggins and Isaac, and reside in Lake Hallie.

In her spare time she enjoys being outdoors, attending sporting events, jogging, reading, and spending time with family and friends. Dana is a member of the Eagle’s Club in Hallie and attends Central Lutheran Church. 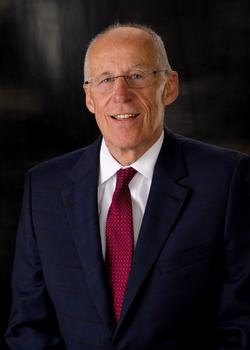 Jim was born in 1943 in Fond du Lac, Wisconsin to Marie and Ralph Wischnewski, where he and his brother, Gary, grew up. Jim graduated from L. P. Goodrich Senior High School in Fond du Lac and received a B.S. Degree from UW-Oshkosh.

Jim and his wife, Lou Ann, moved to Chippewa Falls in 1977 and have been involved in many community activities since that time. Jim was Executive Director of the Chippewa YMCA from 1980 to 2005.

They have two daughters, Erica and Shauna (Bryan) and four grandchildren, Morgan, Ingrid, Griffin, and Elyse. 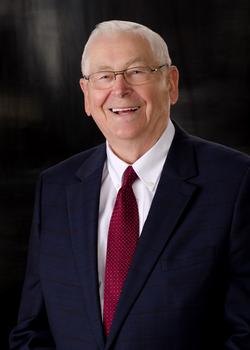 Donald has been a resident of the Chippewa Falls area since he was born. He grew up in the township of Eagle Point and attended Eagleton State Grade School, graduating from Chippewa Falls High School. For 25 years, Don worked on the maintenance crew for Extrusion Dies in Chippewa Falls.

Don's wife, Sherry Ann (Riedel) passed away in 2005. He has three daughters, Carol, Jean, and Jane and three grandchildren, Briahna, Colton, and Keelie.

During his free time, Don likes to fish. He also is an avid collector of toy farm machinery and keeps busy doing odd jobs for his friends. He is a member of St. John's Evangelical Lutheran Church in Eagleton and has been the sexton for Eagleton Cemetery for many years. 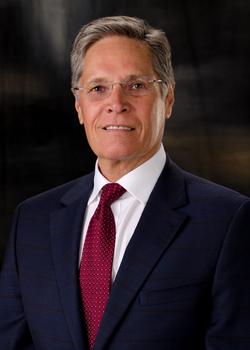 Born and raised in Chippewa Falls. Graduated from Chi-Hi in 1971. He attended UW-LaCrosse and Northern Michigan University, graduating in 1981 with a Bachelor of Science Degree in Health Education.

Wayne Enlisted in the USAF in 1973. He trained as a Bombing & Navigation System Tech. Wayne was selected for Officer’s Training School in 1982 and commissioned a 2nd Lieutenant. He completed training as an Aircraft Maintenance Officer for B-52 and B-1 Bombers. Wayne served at Strategic Air Command Bases in Michigan, California, Quam, and Texas. He retired from the USAF as a Captain in 1994.

Wayne then returned to Chippewa Falls in 1994 and managed the Logistics and customer relations efforts at XMI Neckwear from 1994 until 2010. He is a member of Central Lutheran Church in Chippewa Falls where he served on the church council for 6 years and as a youth ministry guide for 15 years. He is also a member of the American Legion Post #77 and the Military Officers Association. 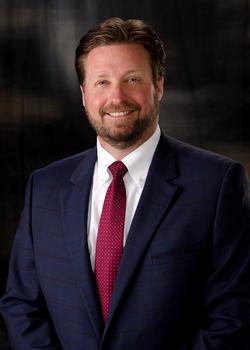 Steve Parker grew up in Eagan, MN and graduated from Rosemount High School. He and his wife, Vicki recently made the move from the Twin Cities to Chippewa Falls.

Steve recently left his career at DuAll Services in Columbia Heights, MN as Regional Area Manager to begin a career in the funeral business.

Steve and Vicki have four adult children, Ben (Jeanelle) Jones, Maxwell Jones, Tony Parker and Courtney (Tom) McDowall, and three grandchildren, Hayden, Jemma, and Bennett. He is excited to be working with the personable staff at Pederson-Volker. 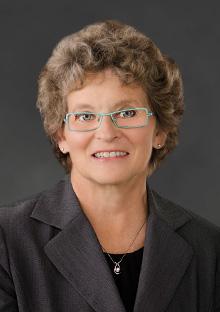 Suz is a 3rd generation member of Notre Dame Parish in Chippewa Falls. She retired in May 2012 following 20 years as a Department Head for Chippewa County.

Suz joined the staff of Pederson-Volker in 2014 and is pleased to be of service as an assistant. 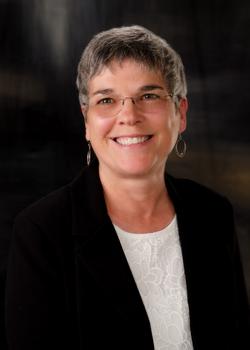 Lynn and Steve have three adult children; Andrew(Katrina), Jacob and Zachary(Claire) Elbert. They have three grandchildren. Gabriella, Jeremiah and Adelynn.

In her spare time Lynn loves to spend time with family and friends.  She loves to camp, fish, bake, read and walk. 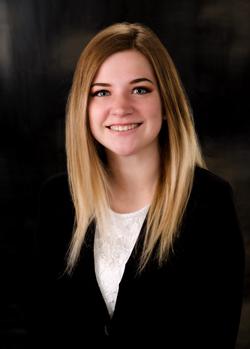 Abbie Pickerign grew up in Cornell, WI and graduated from Cornell High School. She is currently attending Minnesota State University, Mankato with a major in Biology, emphasizing in Mortuary Science. She will attend the University of Minnesota in the fall of 2019.

In her free time she plays lacrosse for Minnesota State University and enjoys traveling and being with her family and friends.

William “Bill” Gray is currently working as a Special Agent with the Wisconsin Department of Revenue. He has over 28 years of experience in law enforcement for the military and state and local government. Gray holds an associate degree in Criminal Justice from the Chippewa Valley Technical College and is also a certified Military Police Investigator.  William holds certifications in Financial Crimes Investigations, Statement Analysis, Sniper, Rural SWAT, Honor Guard and Firearms certifications among other certifications required to be a law enforcement officer. William was awarded the Wisconsin Professional Police Meritorious Award and the U.S. Immigration and Customs Enforcement Partnerships for Public Safety Award and the Law Enforcement Purple Heart Award.

As a civilian, he has worked as a deputy sheriff for Dunn and Chippewa Counties in Wisconsin, as well as a city police officer in Colfax and Cornell, WI. During those times he has served as an investigator, investigating financial crimes, fatality crashes, general crimes and child abuse cases. Gray also served in an undercover capacity for three years as narcotics investigator assigned to the West Central Drug Task Force in west central Wisconsin. While with the Chippewa County Sheriff’s Office, William was assigned to the Chippewa Combined Response Team as an entry team member and a sniper. William also volunteered as an Honor Guard member of the Chippewa County Honor Guard team and as a state-certified firearms instructor and still teaches today.

Since returning from Iraq in 2005, he continued to work conducting military investigations until his honorable discharge from the Army in 2008, attaining the rank of Staff Sergeant. Gray has been awarded the Meritorious Service Medal, the Global War on Terrorism Expeditionary Medal, the Global War on Terrorism Service Medal, an Army Commendation Medal, two Army Achievement Medals, Armed Forces Service Medal, National Defense Service Medal, three Overseas deployment medals, the Humanitarian Service award for assisting Puerto Rican civilians and military after hurricane Hugo in 1989, and the Armed Forces Expeditionary Medal.

We are excited to have Bill as part of our hard-working crew! 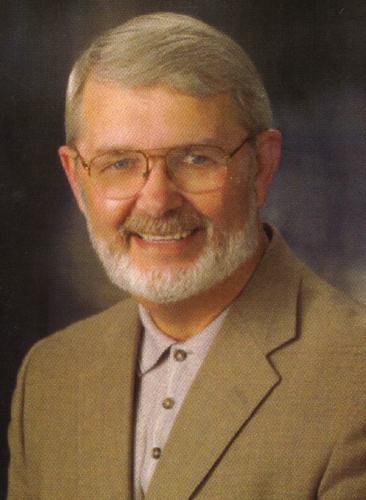 Jon proudly hails from the community of Pigeon Falls and graduated from Whitehall Memorial HS in 1961. After a brief foray into the Mpls/St. Paul lifestyle, he returned to the smaller community arena and attended UW Eau Claire, earning an undergraduate degree in elementary education in 1968. After teaching in Sheboygan Falls and Eau Claire districts, Jon continued his career in education as an elementary school principal in Baldwin-Woodville and Chippewa Falls. In 1994, he changed careers and assisted numerous customers and clients in Chippewa Falls, Eau Claire, and the surrounding area with their real estate needs. Jon has since retired, and enjoys traveling, golf, fishing and helping with projects at his church.

Jon and his wife, Joanne, are blessed with four adult children, 19 grandchildren, and 7 great-grandchildren. Family events are always exciting!

What you can expect when coming to a visitation or service at Pederson-Volker:

If you have concerns or questions, please call us at 715-723-4649 & we will be happy to accommodate you. And as always, our staff will be on hand to direct you.

A year of daily grief support

Our support in your time of need does not end after the funeral services. Enter your email below to receive a grief support message from us each day for a year. You can unsubscribe at any time.